Community rallied to raise funds for ‘modern’ new St. Mary’s hospital, then turned out to celebrate

Need for hospital caused community to rally, then celebrate

On a warm spring afternoon, some 40,000 people came to see something Knoxville had wanted for years: a new hospital. 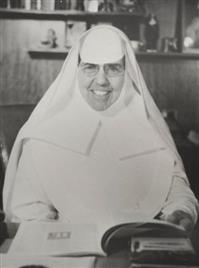 The dedication of St. Mary’s Hospital came on April 22, 1930. More than a decade before, doctors had begun clamoring for a more modern hospital to supplement the old 200-bed Knoxville General Hospital, where Knox County Health Department now stands. Seven acres of prime property in North Knoxville had already been donated in 1926 by businessman Daniel Dewine in memory of his chronically ill daughter, Mamie Dewine, who had died at age 33 after years of treatment in a Catholic hospital in Asheville, N.C.

By the end of 1927, the Sisters of Mercy, along with a group of Knoxvillians both Catholic and non-Catholic, were working to raise $300,000 to build a hospital on the property. Their deadline was ambitious: July 3, 1928.

And they hit it, bringing in more than $313,000 in pledges. But the next year, in 1929, four months after the Diocese laid the cornerstone for a new, modern hospital, came the Great Depression. Half of the money pledged on paper couldn’t be collected, and the hospital’s founders had to take out short-term loans. In addition, they modified plans to make the four-story building three.

So it was a happy crowd who flowed through the marble halls April 22. The day began with a dedication Mass attended by hundreds, with the choir of Immaculate Conception Church singing. In the afternoon, the building was formally dedicated, with speakers and Knoxville High School’s band. The evening saw a celebration at which University of Tennessee’s band played.

A book detailing St. Mary’s history for the hospital’s 75th anniversary in 2005, written by Elaine Evans and Jack Neely, quotes an “old resident” calling the event, attended by a number one-third the population of Knoxville, “unprecedented. … Never in the history of Knoxville have such crowds turned out — no, not even for a ball game.”

An article in April 20s [sic] Knoxville Journal promoted the opening, calling the hospital “ultra modern” and “luxurious.” Of 75 beds, 33 were in private rooms. “Patients that are too ill to notice surroundings will find relief in the extensive and modern equipment,” the article said. “Those not too ill to be influenced by surroundings will find St. Mary’s an attractive place in which to be sick.”

By 10:30 p.m. opening day, St. Mary’s had its first patient, 6-year-old Lillian Howell, whose tonsils were removed the next morning. By noon April 23, three adults also had surgeries.

By year’s end, St. Mary’s had admitted 1,484 patients, performed 931 operations and delivered 160 babies. Though only 50 physicians were on staff, any area doctor “in good standing” could have “visiting staff” hospital privileges. 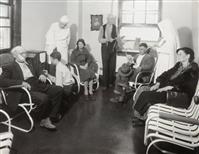 Patients at the Tumor and Cancer Center at St. Mary’s Hospital in 1939. (St. Mary’s Archive)

The rest of the decade saw great growth. Under the direction of the nuns, St. Mary’s opened a School of Nursing, which graduated its first class, 12, in 1933. In 1937, it opened a Tumor Cancer Clinic to serve East Tennessee, West Virginia, North Carolina and Southeastern Kentucky. In 1939, its East Wing was built, increasing the total number of beds to 125.

Today, Physicians Regional Medical Center is the name of the hospital that occupies the original St. Mary’s Hospital building, which has seen many structural and service additions over the decades. Though it’s been owned by Tennova Healthcare (Health Management Associates) since Oct. 1, 2011, and is no longer a Catholic hospital, it’s still served by the Sisters, whom the company said “grace our health system, and we are blessed by their presence.”