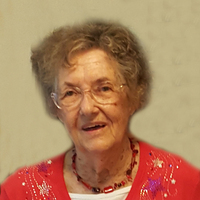 Evelyn Gamblin Bryan died May 15, 2021, at the age of 94.  She was a World War II Cadet Corps Nurse and 1945 graduate of Appalachian Hospital in Johnson City, Tennessee.  After “returing” from nursing, Evelyn spent 30 years as a substitute teacher in the community where she was born and raised most of her life.

Below is Evelyn’s obituary.  As you read, remember her family in your thoughts, and remember what a tremendous influence she was on her community and the nursing profession.

Evelyn Gamblin Bryan, 94, passed away Wednesday, May 12, 2021 at Erlanger in Chattanooga. She was a resident of Calhoun, TN most of her life. She was a life-long member, and oldest living member, of Calhoun United Methodist church, where she sang in the church choir, served as bell-ringer and Sunday School Superintendent. Evelyn graduated from Calhoun High School and, in 1945, graduated as a World War II Cadet Nurse from Appalachian Hospital in Johnson City, TN. She served at several area hospitals. Later, she nurtured many students and staff at Calhoun School, where she served as substitute teacher for 30 years.

She was preceded in death by her parents, Walter and Malisse Gamblin; brother, John (Jay) Gamblin; and her husband of 61 years, Willis “Witt” Bryan.

The funeral will be held at 4:00 p.m. on Saturday, May 15, 2021 at Calhoun Methodist Church. Interment will follow in Calhoun Cemetery with John Bryan, Adam Bryan, Matt Bryan, Jeremy McGlohon, Bob McGinnis, Brook Bacon, Jake Bryan and Will Bryan serving as pallbearers.

Her family will receive friends from 2:00 –4:00 p.m. on Saturday at the church prior to the service.

The family requests adherence to CDC Guidelines-COVID 19. Masks will be required.

We invite you to send a message of condolence and view the Bryan family guestbook at www.fikefh.com.

Fike-Randolph & Son Funeral Home is in charge of the arrangements.