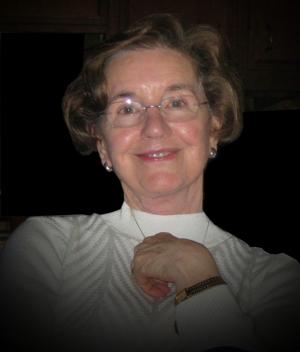 Betty Reed Foy, 84, has left her life of service in this earthly home to continue her eternal life of joy with the Father.

She died peacefully at home after a six month illness, on Wednesday, March 30, 2016, in Roanoke Virginia.

Betty is survived by her devoted family, husband, Chester “Larry” Foy of the home; her son, Richard Foy (Cindy) of Richmond, VA; daughter, Martha Foy (Jim White) of Roanoke, VA; grandson, Steven Foy (Caity DiSanza) of McAllen, Texas; granddaughters, Melissa Foy of Nashville, Tenn., and Mary Willa Foy and Margaret Foy of Roanoke, VA. She is also survived by her youngest sister, Patti Reed Gentry of Kingsport, Tenn.; and several nephews and in laws whom she loved. Betty was preceded in death by her parents, Gillis and Flora Belle Reed, and special aunt, Lena Reed, all of Richlands, VA. She was also preceded in death by four siblings, Jack Reed of Pennsylvania, Lenora Ann Reed Sandridge of Pennsylvania, Sue Reed Huels of Tennessee, and James Reed of Texas.

Betty was born November 2, 1931, in the mining camp of Jewell Ridge, VA, and moved to Richlands as a child. She graduated from Richlands High School in 1949 and then moved to Knoxville, TN, to pursue her successful career in nursing. She graduated from the Knox General Hospital School of Nursing in 1952 and went on to work in various nursing positions in Tennessee, Missouri, California, Maryland, and Virginia. Most of her nursing work was in Public Health and she was always known for being thorough, dependable, kind, and compassionate.

In addition to serving her patients well, Betty also served her family, community, and church selflessly. Betty was not only hardworking, she also had the gift of hospitality. She hosted hundreds of people in her home over the years, for meals and overnight from the Blacksburg and Virginia Tech communities, and several others from abroad for much longer periods. In her roles as a faculty wife and as an elder’s wife, she put others at ease and their needs before her own.

While Betty was proud of being a good nurse and hostess, she was most proud of her 62 year marriage to her sweetheart Larry and of their children and grandchildren. Her unconditional love, loyalty, generosity and support make her irreplaceable, and she will be greatly missed by family and friends.

A celebration of Betty’s life will be held at the McCoy funeral home in Blacksburg, VA. Family visitation will occur on Friday, April 1, 2016, from 6 to 8 p.m. at the funeral home, and a service of remembrance will be held on Saturday, April 2, 2016, at 2 p.m. with family receiving friends for the hour prior to the service. Minister and longtime friend Tom Gilliam will officiate. Burial will follow the service at the Westview Cemetery in Blacksburg. In lieu of flowers, the family requests that donations be made to the the Roanoke Church of Christ for the Betty Foy Benevolence Fund , in honor of Betty’s life of service.

The family wishes to express appreciation to all of those who have shown support recently and throughout the years: Shirley Ballantyne, Amy Carper, and Clara Crowder from Carillon Clinic Hospice, the Brandon Oaks community, Dr. Scott Jamison of Christiansburg, the Blacksburg Church of Christ family, the Roanoke Church of Christ family, and many other friends. The master said, “Well done, my good and faithful servant.”