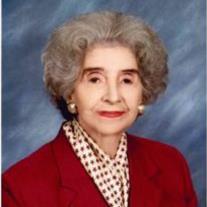 Jane Ellen “Holly” Hollingsworth Watts, 83, a lifelong resident of Knoxville, pioneer cytotechnologist at University of Tennessee Medical Center, and beloved wife and mother died peacefully on Saturday March 28th at sunrise. She is now with our Lord in heaven.

Holly was a community servant who had spread love and joy all around her. Born at Fort Sanders Hospital, she attended Brownlow Elementary and Christenberry Junior High School. She graduated from Old Knoxville High School, where she was an honor student and lettered in swimming and volleyball. Holly attended Stephens College in Columbia, MO and graduated from the University of Tennessee with a bachelor’s degree in liberal arts in 1953. While at UT, Holly was a member of Alpha Omicron Pi, president of the Women’s Student Government Association, and was named to Who’s Who Among American Universities and Colleges.

On June 20, 1959, she married Dr. Glenn Watts, Obstetrician/Gynecologist at First Presbyterian Church where they became an integral part of the First Church family, as did their children after them.

Holly was co-director of Jesus’ Friends Sunday School Class for over 40 years. It is a class for adults with special needs. She was also a church Elder, serving as chairman of the Undershepherds and as a Stephen Minister. Holly also served as president of the group Women of the Church.

She was a member of the Cherokee Garden Club and participated in the Dogwood Arts Open Gardens. An avid gardener, Holly represented the Knox County Council of Garden Clubs and was in charge of the Lakeshore Chapel flowers. She served as president of the Knoxville Academy of Medicine Auxiliary and was an active member of the Alpha Omicron Pi Alumnae. She served on many boards, including The Arthritis Foundation, Bachman Home, UT Alumni Association, UT Women’s Council, Knoxville Quarterback Club, Knoxville Teen Board, and the Association for the Preservation of Tennessee Antiquities.

Holly was an enthusiastic health advocate. She developed Kinderdance for children and Exerdance for adults, both held at the West Side YMCA. She taught Exerdance for patients at Lakeshore Mental Health Hospital and “Joint Efforts” for The Arthritis Foundation. Holly helped establish and facilitate a support group for arthritis patients at St. Mary’s Hospital. In 2000, Holly completed pastoral care training at UT Medical Center Pastoral Care and served as a volunteer chaplain in the Radiation Oncology Department until 2008 when her health declined. Her greatest passion was visiting “shut-ins” in their homes and at medical facilities. Holly was well-known and well-loved by the residents of several local assisted-living and healthcare centers. She led Bible studies for seniors citizens until late last year. Holly was the recipient of Sertoma’s Service to Mankind Award, The Daughters of the American Revolution National Service Award, and The Arthritis Foundation’s Lifetime Service Award. Holly was named State Volunteer of the Year by the Tennessee Department of Mental Health and First Lady of Knoxville by Beta Sigma Phi.

Loved by all who knew her, Holly was warm, gracious, and kind to people from every walk of life. She was a devoted wife, mother, and grandmother, who cherished her family above all else.

Holly is preceded in death by her parents, Christine Wood Hollingsworth and John Burnette “Bonnie” Hollingsworth and by her husband, Glenn Ferrell Watts. She is survived by her four children: Rebekah Watts Ragsdale and husband Dennis: Hannah Watts Tiblier and husband Chris; Glenn (Bud) Watts Jr. and wife Laura; and Rachel Watts Trentham and husband Brent. She is also survived by nine grandchildren: AnDe Ragsdale Summitt and husband Tyler; Jack Ragsdale; Hollin, Selah, and Samuel Tiblier; Hunter and Hayden Watts; and Emmie and Belle Trentham. She is also survived by her brother, John (Jay) Burnette Hollingsworth Jr., and many nieces and nephews, both great and great-great. Special thanks to Samantha Spencer, Holly’s wonderful caregiver for many years. Thank you as well to Manor House Assisted Living and a special thank you to the incredibly caring and capable folks at Little Creek Sanitarium for their love and kindness to “Miss Holly” and her family.